The Seymour Capilano Filtration Project received a $100 million Canada/BC Infrastructure Program grant in December 2002. Construction commenced with site clearing in late 2003, and the continuously-changing appearance of the plant through construction has become a familiar sight to many visitors to the Lower Seymour Conservation Reserve in North Vancouver. In order to meet its needs, Metro Vancouver constructed a paved recreation trail from the filtration plant site to Seymour Falls Dam, 11 km to the north. As a result, the existing Mainline Road between the dam and the filtration plant was reserved for construction and operational traffic. This arrangement has bene ted all users.

The quality of Seymour and Capilano untreated water is relatively high. Although pH and alkalinity are below optimum values, hardness is low and so is turbidity, except following heavy rain events. Direct filtration, i.e. filtration without a preceding sedimentation phase, was to be the most likely candidate for the treatment process, and this was subsequently proved to be the case by the operation of a pilot plant at Seymour Falls Dam. Detailed design was carried out by SSBV, a consortium of Stantec, AMEC (formerly H.A. Simons) and Black & Veatch. The initial construction contract was awarded to Graham Industrial Services, followed by the award of a second contract to North American Constructors Ltd. The work is now moving into the start-up and commissioning phase, and the current schedule calls for filtered Seymour water to be produced towards the end of 2008. Capilano water will not be treated until the completion of the twin tunnels early in 2010.

When complete, the project will have a design capacity of 1.8 billion litres per day, Canada’s largest capacity filtration plant sufficient to meet the drinking water requirements of Metro Vancouver for at least 40 years, or for longer with careful demand-side management. The anticipated lifespan of the plant is 100 years, and it has been designed to survive a major earthquake with only minor damage. Seymour water is piped by gravity to the filtration plant through an existing supply main from Seymour Falls Dam, 11 km to the north. Conveying Capilano water to the plant is a far more complex matter. It will be pumped from the new 16,000 hp Capilano Pumping station through a 7.1 km long 3.8 m diameter tunnel to the plant, where it will be blended with Seymour water. The treated water will be returned to the Capilano distribution system through a parallel tunnel via a 2MW energy recovery facility where excess water pressure will be converted into electrical energy for use by Metro Vancouver facilities.

The plant will have 24 double-celled rapid gravity filters, arranged on both sides of a filter gallery. Each filter has an area of 170 m2 and will include a proprietary under-drain system (300 mm of sand supporting 1,700 mm of anthracite). With a total weight of 4,600 tonnes, the anthracite is currently being shipped in batches from Wales and stored near the site in one-tonne super- sacks. It will be transferred to the filters by the supplier in the summer of 2008. Two blowers and four backwash pumps are included for cleaning the filters. Upstream of the filters is an inlet blending system which will break the pressure in the Seymour and Capilano supply mains, a pre-treatment building where the water will be dosed with a coagulant and polymer and six occulation tanks which will allow for the formation of a filterable floc. Advantage was taken of Vancouver’s relatively mild climate, making it possible to construct the flocculation tanks and filters open to the atmosphere. The filter gallery houses 24 ultraviolet reactors, one for each filter. This primary disinfection system will be the largest in Canada and, for a year or so, the largest in the world. The filtered and disinfected water will then flow through enclosed channels and two 2,700 mm diameter pipes to a 200 million litre clearwell. The water entering the clearwell inlet chamber will be dosed with lime for pH correction and sodium hypochlorite to provide a measurable chlorine residual. As the water leaves the plant, its pH will be trimmed using CO2, and the chlorine residual trimmed as required with sodium hypochlorite.

A number of sustainable building and environmental technologies and practices were adopted for the filtration plant project. Aggregate was mined from a borrow pit four km north of the plant within the Lower Seymour Conservation Reserve. The material removed will be replaced by rock excavated from the twin tunnels and the site will be restored. The aggregate was shipped two kilometres to a concrete batch plant where almost all the concrete used on the plant was produced and so that concrete trucks did not have to travel through urban streets to the site. EcoSmart concrete, where a percentage of the cement is replaced by y ash, a non- toxic waste product of power plants, was used in order to reduce greenhouse gas emissions to a minimum. Best practices for stormwater management were a component of the design. The plant footprint was modified as required on the advice of an aborist, to preserve significant stands of mature trees. Care has been taken to preserve and enhance an existing amphibian pond. The new Operations and Maintenance Centre, the main building within the filtration plant complex, has been designed and is being constructed with the aim of LEED® Gold certification. The buildings will be heated and cooled with a geothermal system that utilises the heat source/sink provided by the water in the clearwell. A green roof, planted with native species, to which the public will have access, will be established over the clearwell. Systems now under construction within the plant will ensure that water and energy are used as efficiently as possible. Both the owner and the contractor have retained environmental monitors to ensure that the construction is being undertaken in an environmentally responsible manner.

All filtration plants use a signi cant volume of filtered water to backwash the filters, and, in many plants, this is simply piped to a convenient sanitary sewer. Here, the used backwash water will be treated and, as a result, over 95% will be returned to the head of the plant. After storage in backwash equalisation basins, the contaminated water will be pumped to clarifiers equipped with plate settlers. The supernatant will be piped back to the head of the plant. The under ow will pass on to two thickeners. The sludge will be pumped to belt filters for dewatering and the supernatant to an Actiflo system for solids/liquid separation. Dewatered solids will be trucked off site. (The final use is still under consideration and study.) The treated liquid (between three and nine ML/d) will be piped to Burrard Inlet, mainly through an old, recently decommissioned water main under approval by the Burrard Environmental Review Committee (BERC).

Continuation of the Legacy

Following the commissioning of the Seymour Capilano Filtration Plant, Lower Mainland residents can be confident in the knowledge that their drinking water will consistently meet or exceed the standards set down by Health Canada’s Drinking Water Guidelines and the region’s medical health officers. Much has changed since Captain Stamp built the area’s first water project, but that vision and the determination to bring projects through from conception to realisation are still evident at Metro Vancouver. 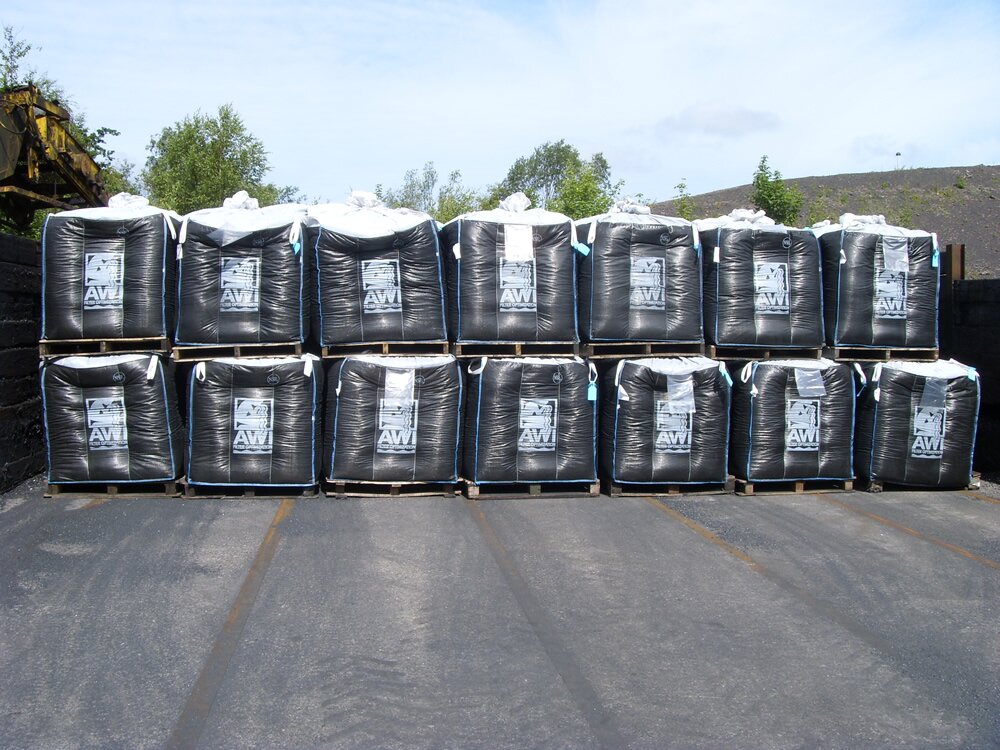 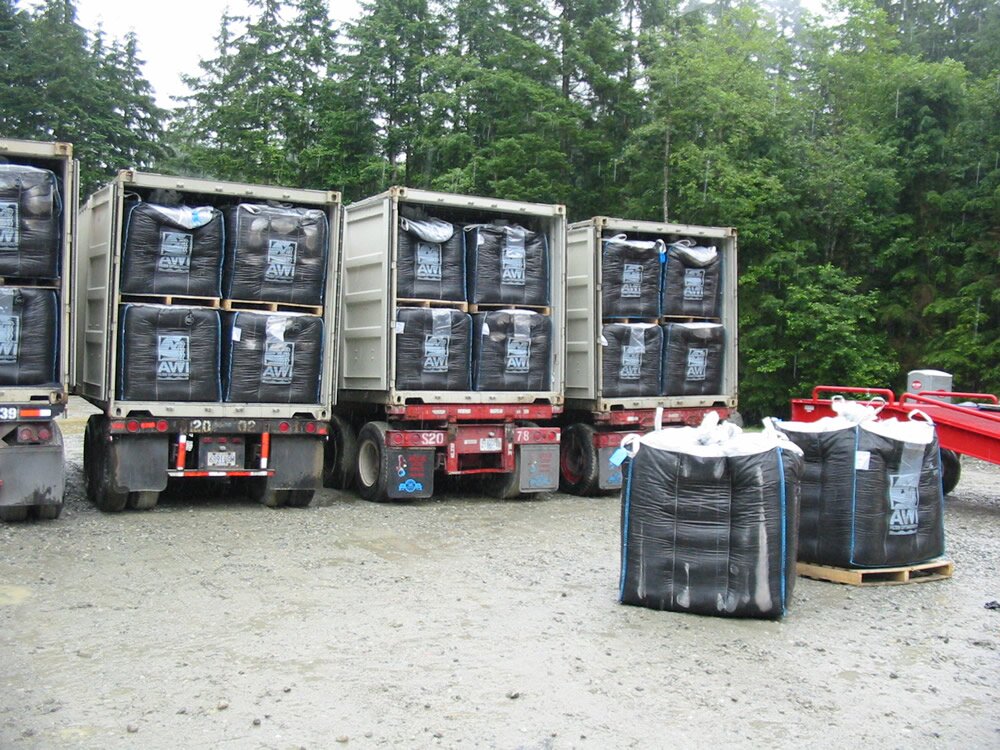 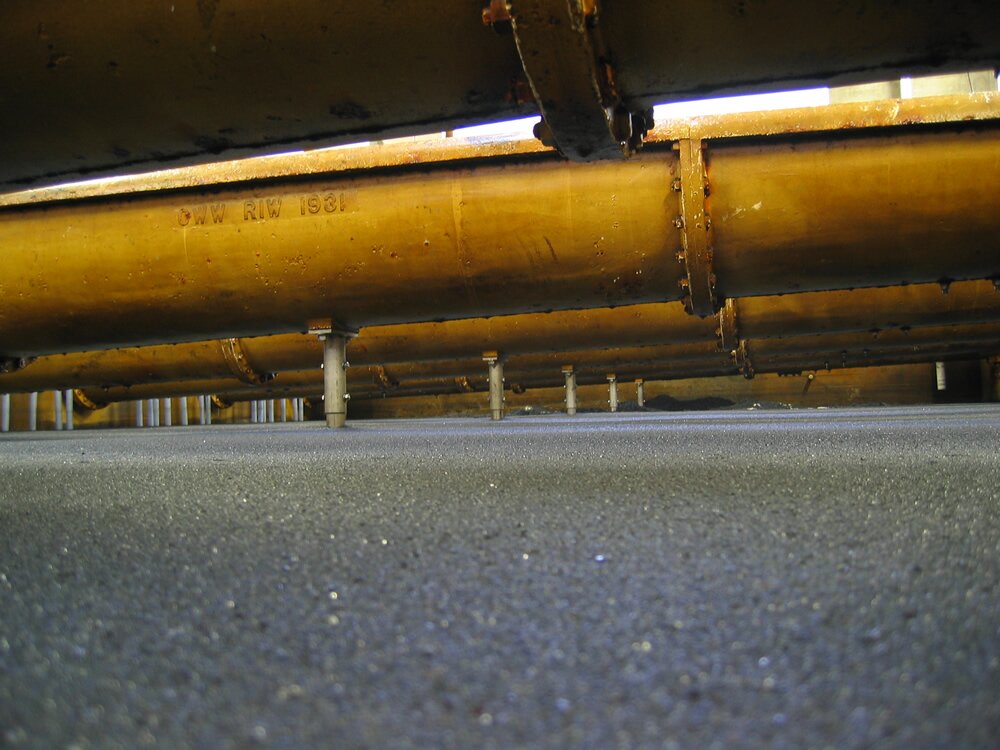 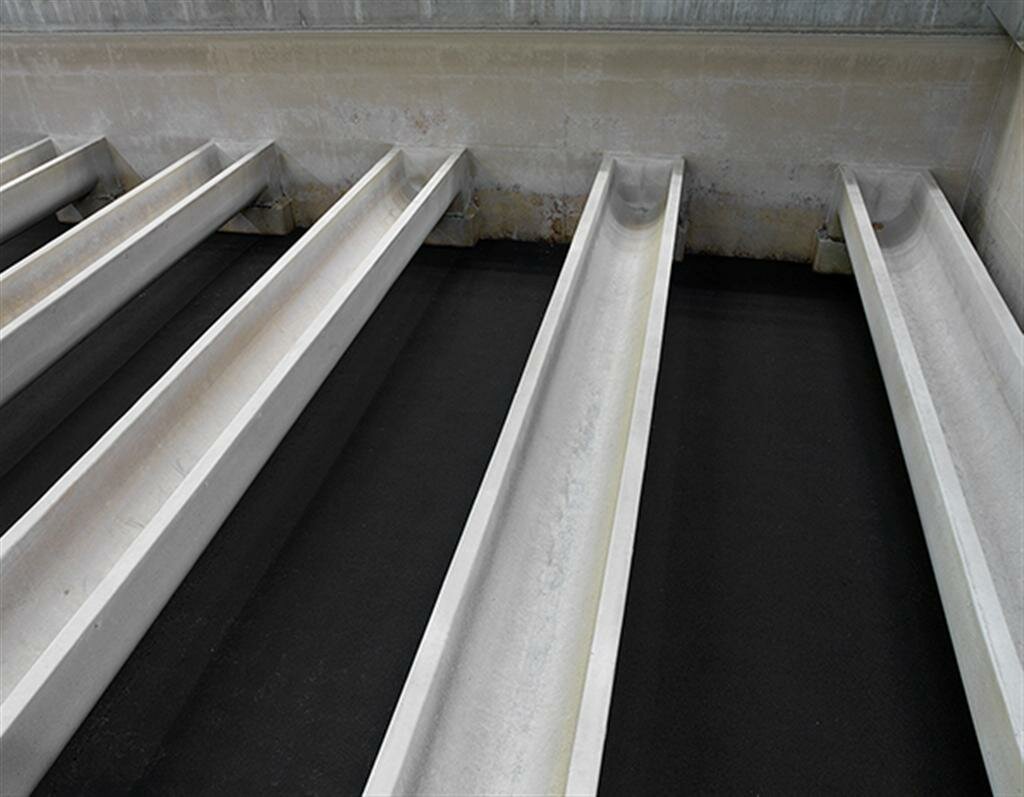 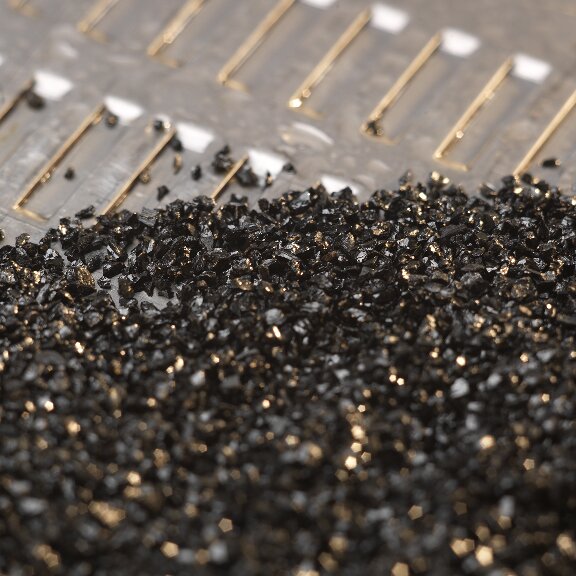 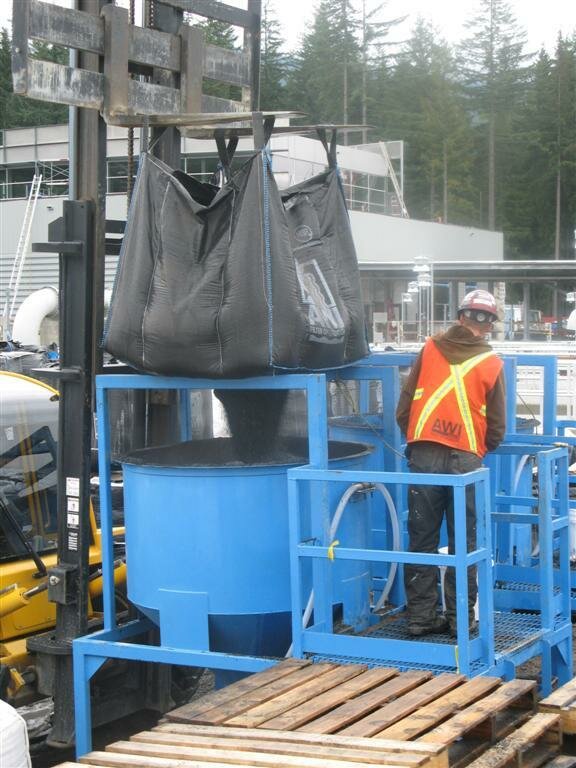 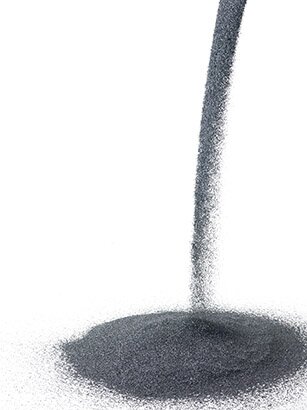 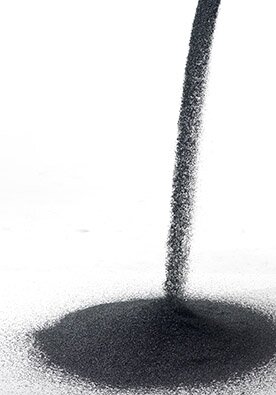 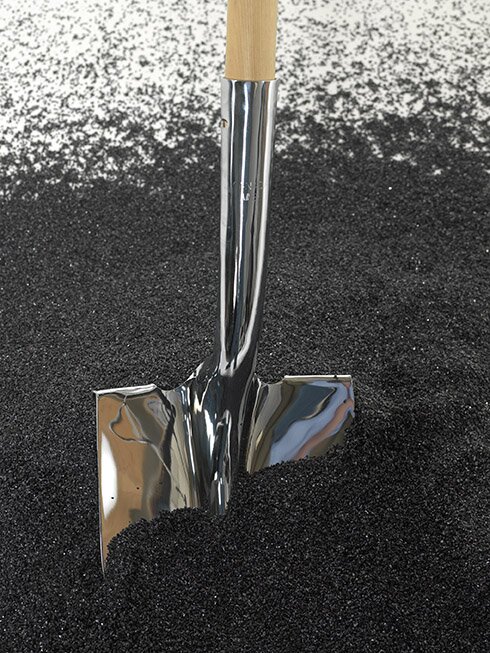 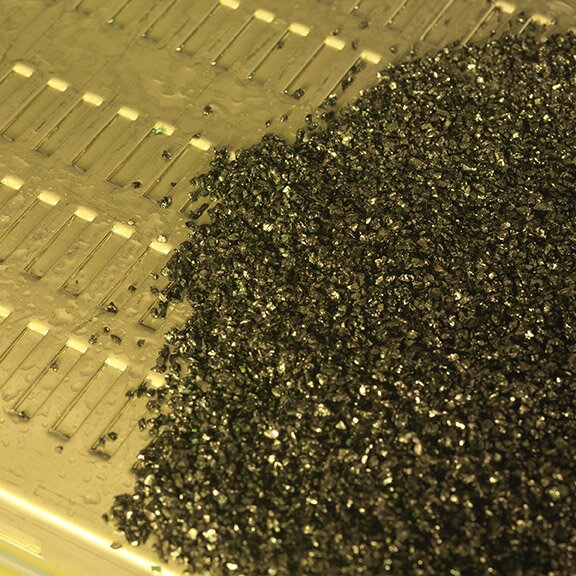 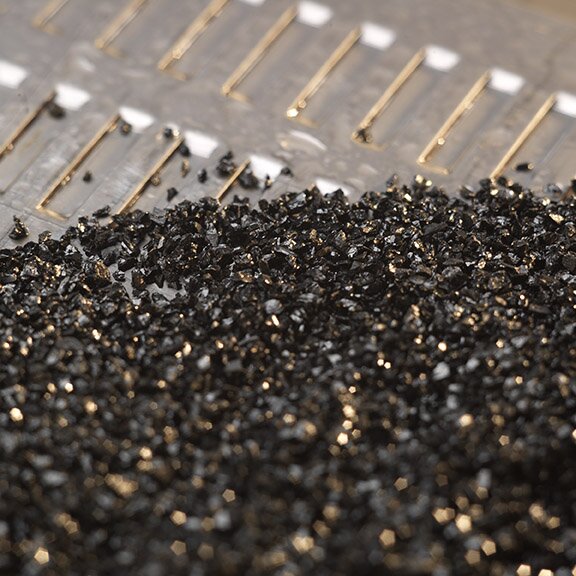 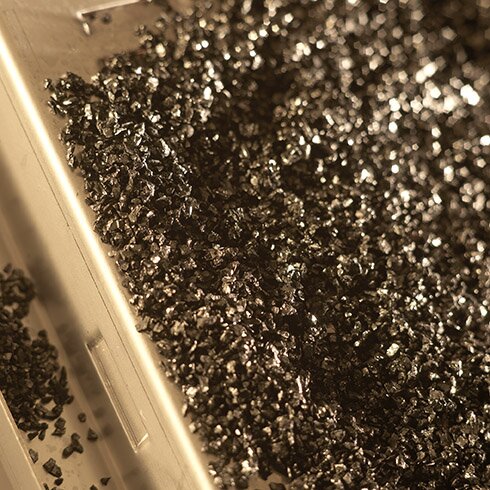 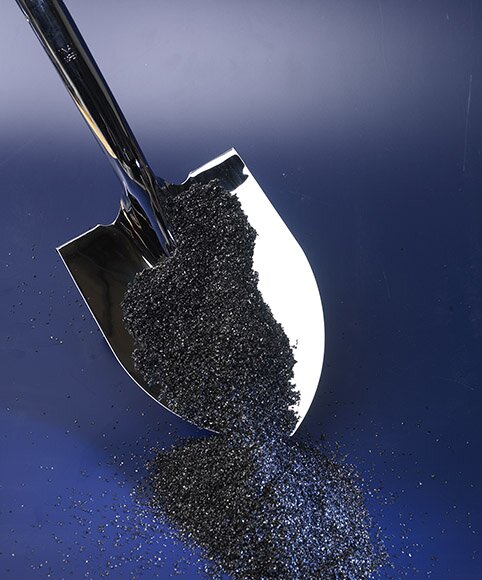 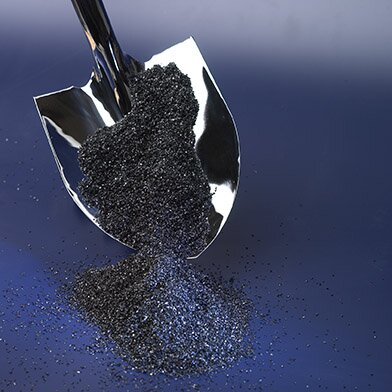 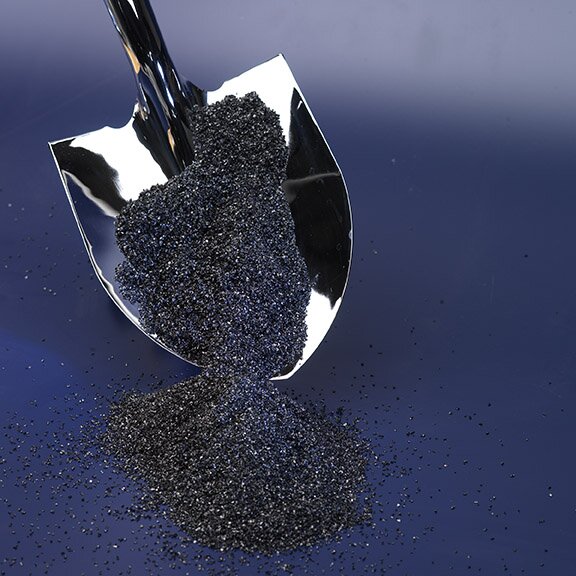 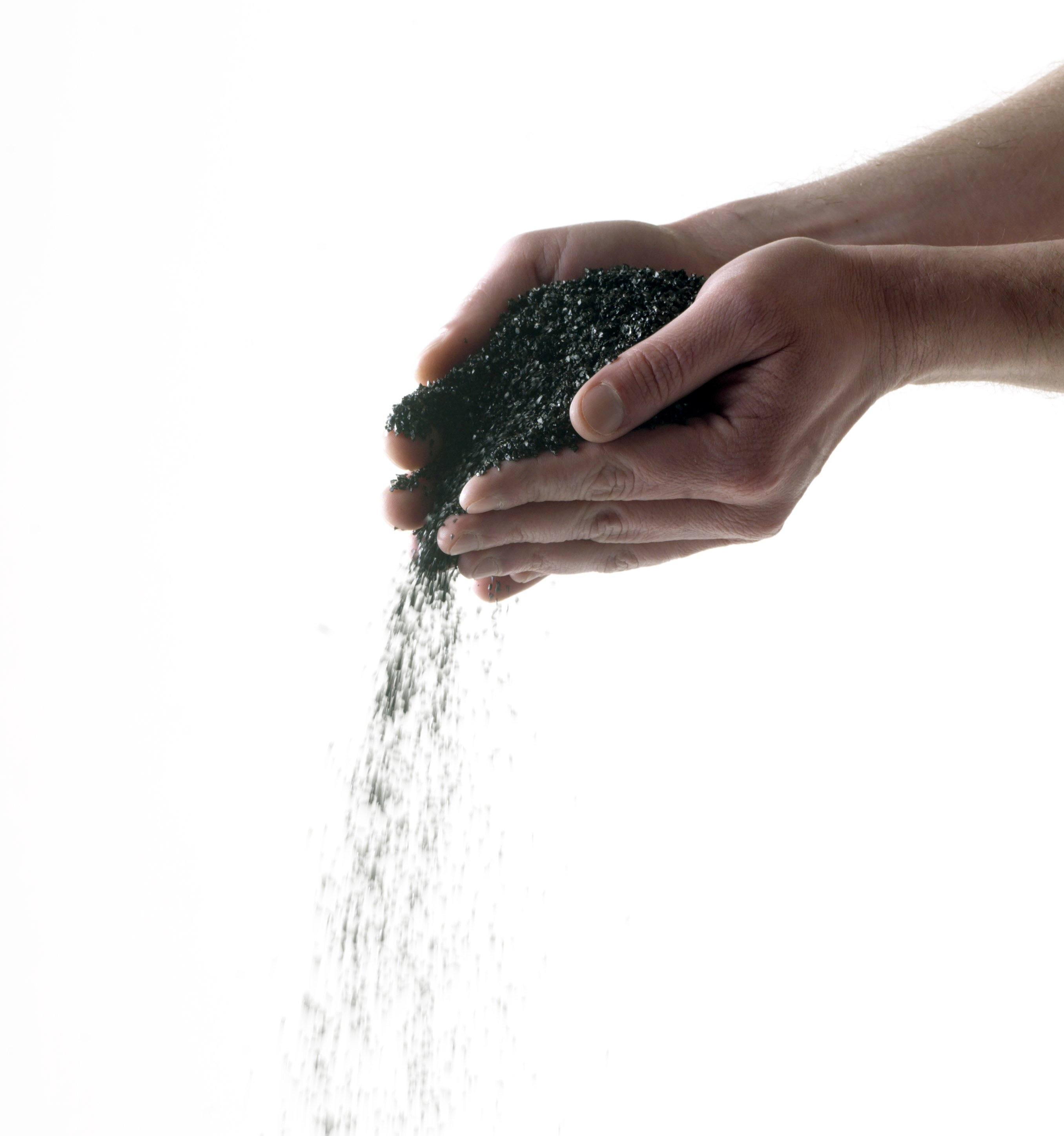 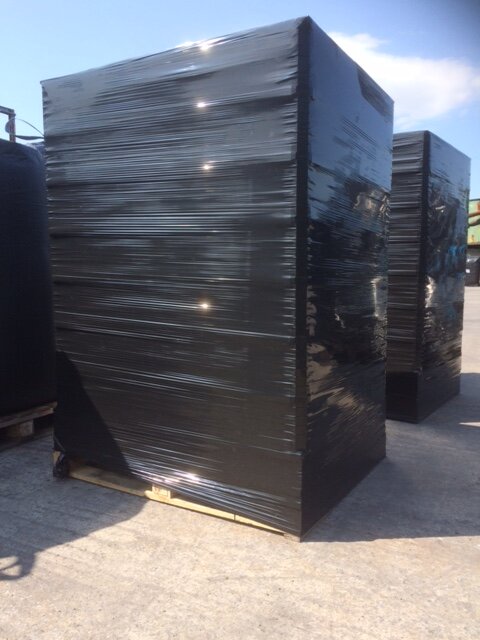 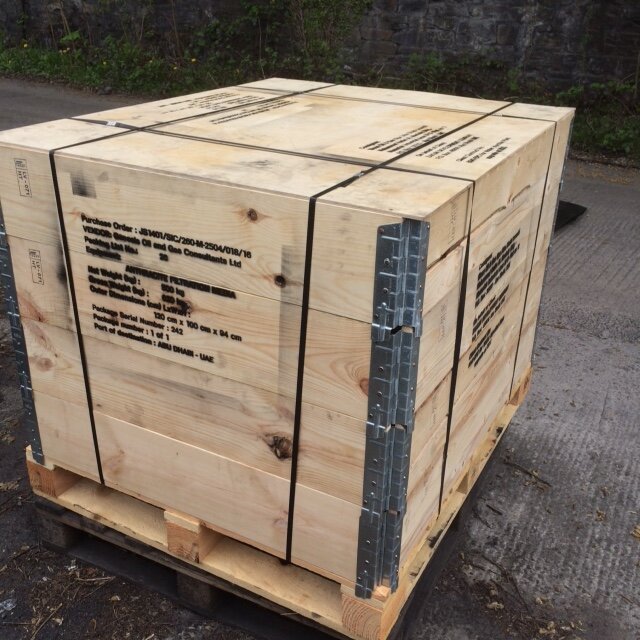